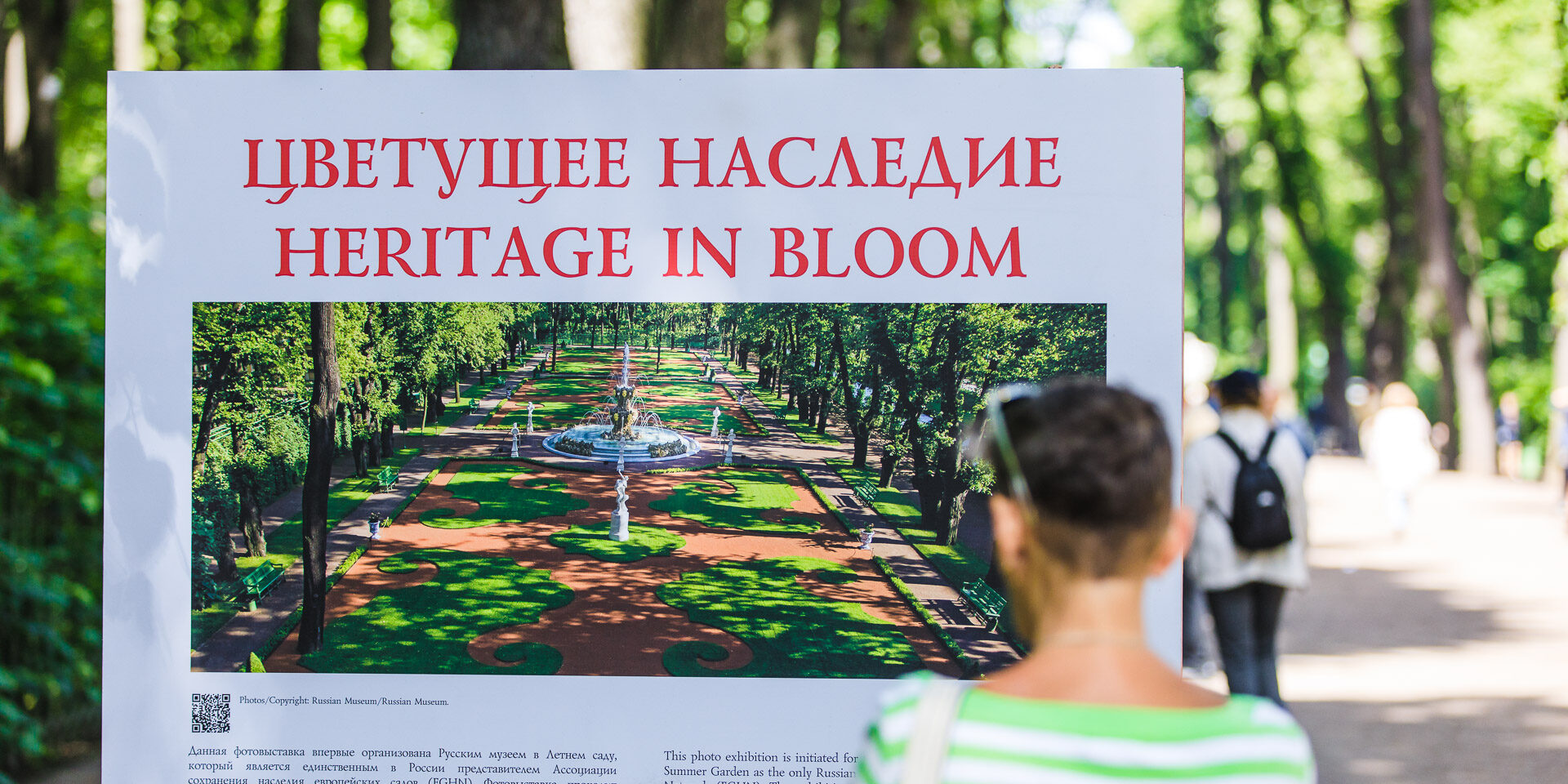 Our EGHN partners in the Russian Museum / Summer Garden in St. Petersburg had the idea and the resources for an outdoor exhibition with photos of selected partner gardens of the EGHN and finalists of the European Garden Prize.

After the long Russian winter, the exhibition “Heritage in Bloom” was opened on June 21st. At the opening, 17 representatives of consulates and other organisations from Germany, Great Britain, France, Sweden, Denmark and Spain were present. Already in the first 5 days, the exhibition was viewed by an estimated 40,000 visitors. Up to October the total visitor number sum up to more than 500.000.

The summer garden won a second prize at the European Garden Prize in 2013 and has been a partner in the EGHN since 2014. We would like to thank the Russian partners for the extensive and demanding exhibition. Meanwhile the exhibition period is extended until spring 2019.