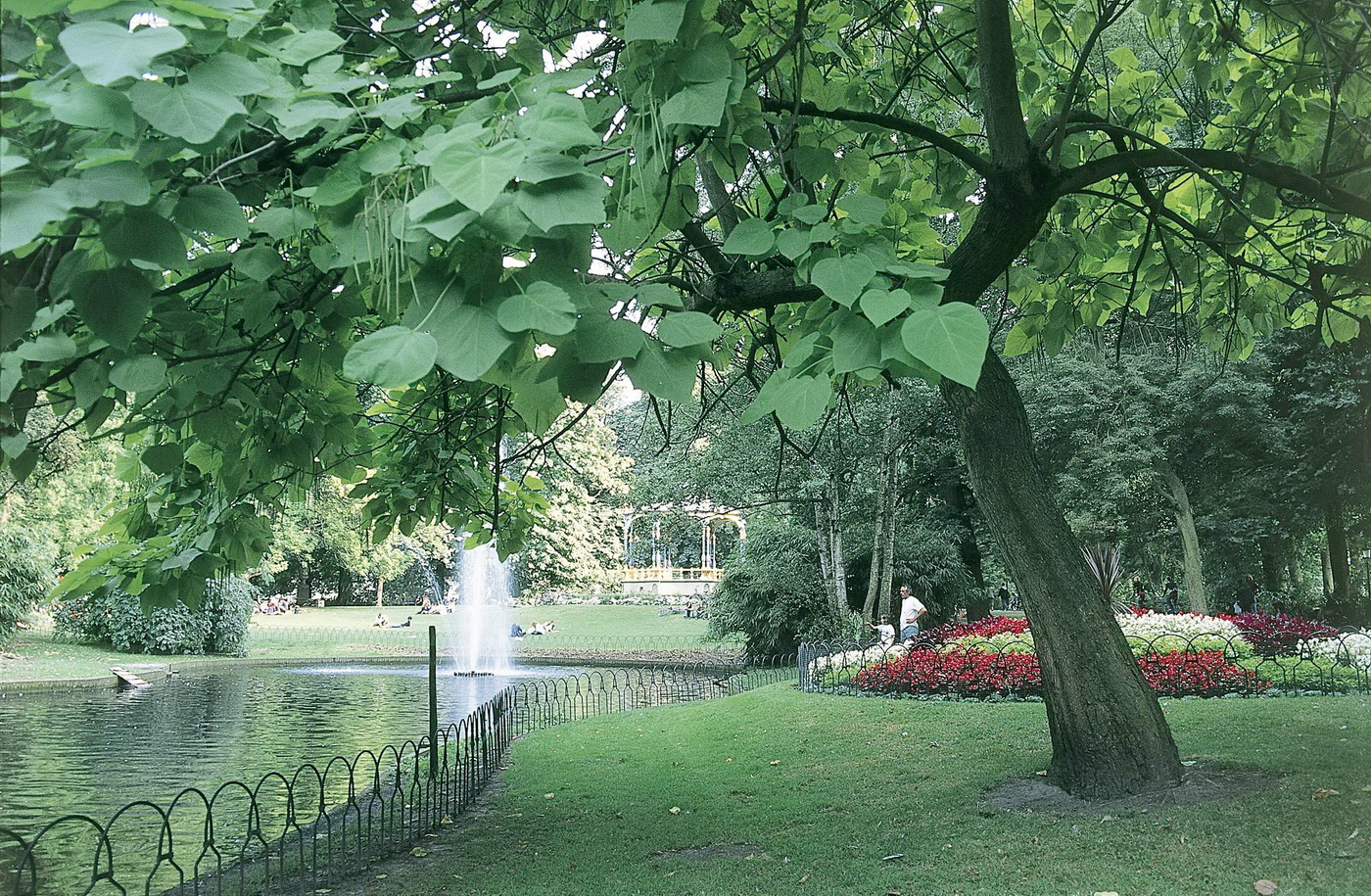 Queen Astrid Park in Bruges is a prime example of the layout of public parks in 19th-century cities.

For centuries this was the location of the garden of the Franciscan monastery. When the monastery was dissolved in 1796, the garden became private property. After years of discussion the city of Bruges eventually bought these three hectares of public space in the city centre in 1850 to build the Magdalena church, to extend the prison and to construct a public park.

The renowned garden architect Egidius Rosseels from Leuven designed a landscape garden in 1851. By introducing differences in height, lawns with groups of trees and a central pond Rosseels managed to create a landscape illusion in the relatively small park.

A bandstand, already included in the designs of Rosseels, was ordered with the Walloon Atelier de Sculpture L. Le Soinne et J. Witmeur in 1858.