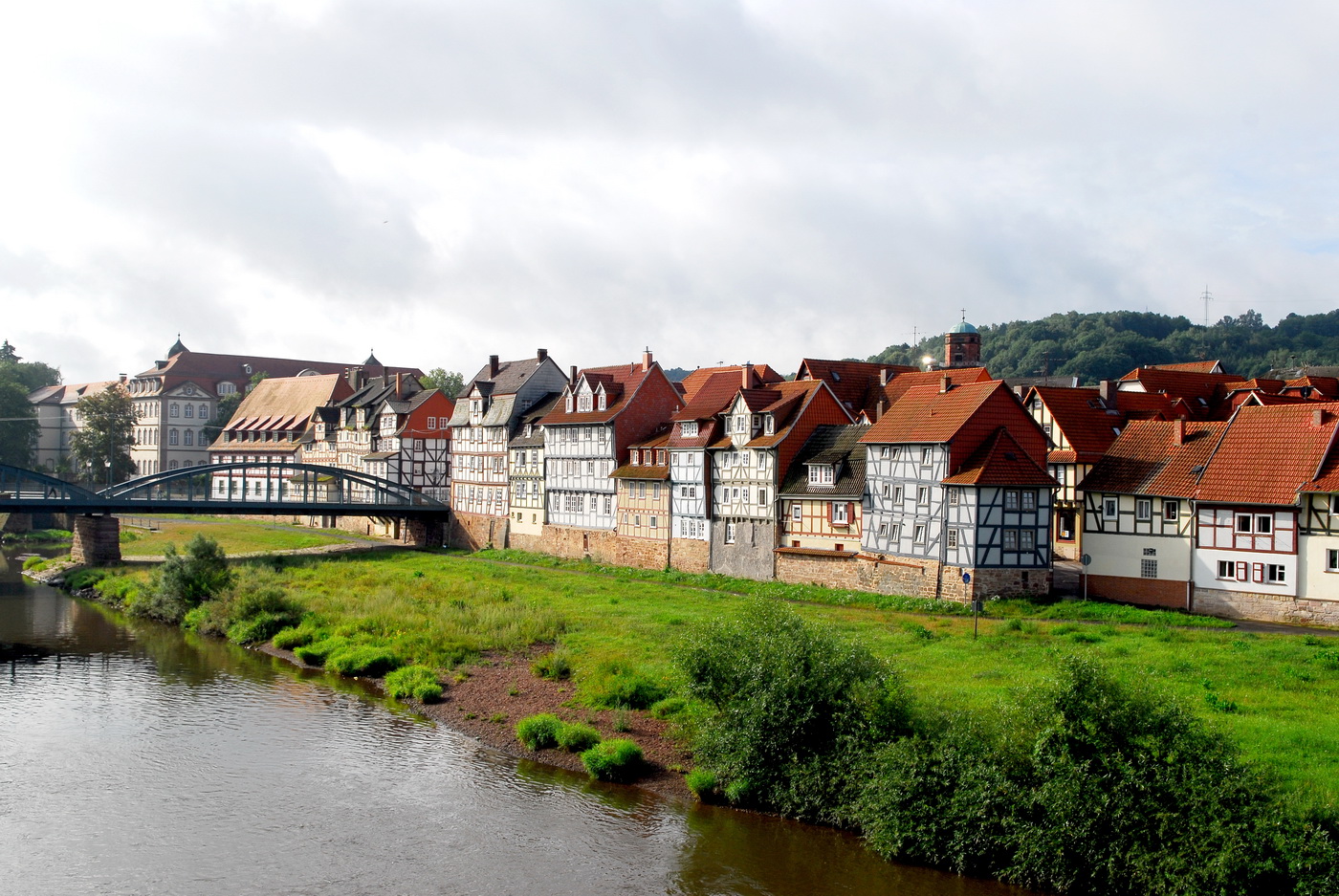 The old town of Rotenburg is laid out relative to the market square and to Breitenstrasse, which runs parallel to the Fulda river.

The parish church of St. Jakob is located at the south end of the square. A large sandstone fountain was transferred to the corner at Breitenstrasse in 1835. Four gargoyles stretch upwards from the tetragonal column at its centre.

The Church of St. Jakob was reconstructed as a double-naved hall church after the devastating town fire of 1478. Its side nave gives the building an asymmetrical layout. The church tower was not built until the beginning of the 16th century. Three hundred years later, the half-timbered structure on top of it was replaced by today’s stone dome.

While a cross vault arches over the choir, the nave has probably always been covered by a ceiling with wooden beams. The most important object in the church is an alabaster altar with a slab resting on six Corinthian columns. This was built for the Schlosskapelle in 1581. A fathom hewn in the sandstone can still be seen at the church’s west portal. It served as a measurement standard for traders in Rotenburg.

The west facade of the church faces the Town Hall opposite, which dates from 1597. This building is crowned by a richly embellished half-timbered gable. The Renaissance portal is reached by way of a double-flight of steps. Like the stairwell inside the church, the steps date from the late baroque period of the early 18th century.