The baroque town of Bad Karlshafen 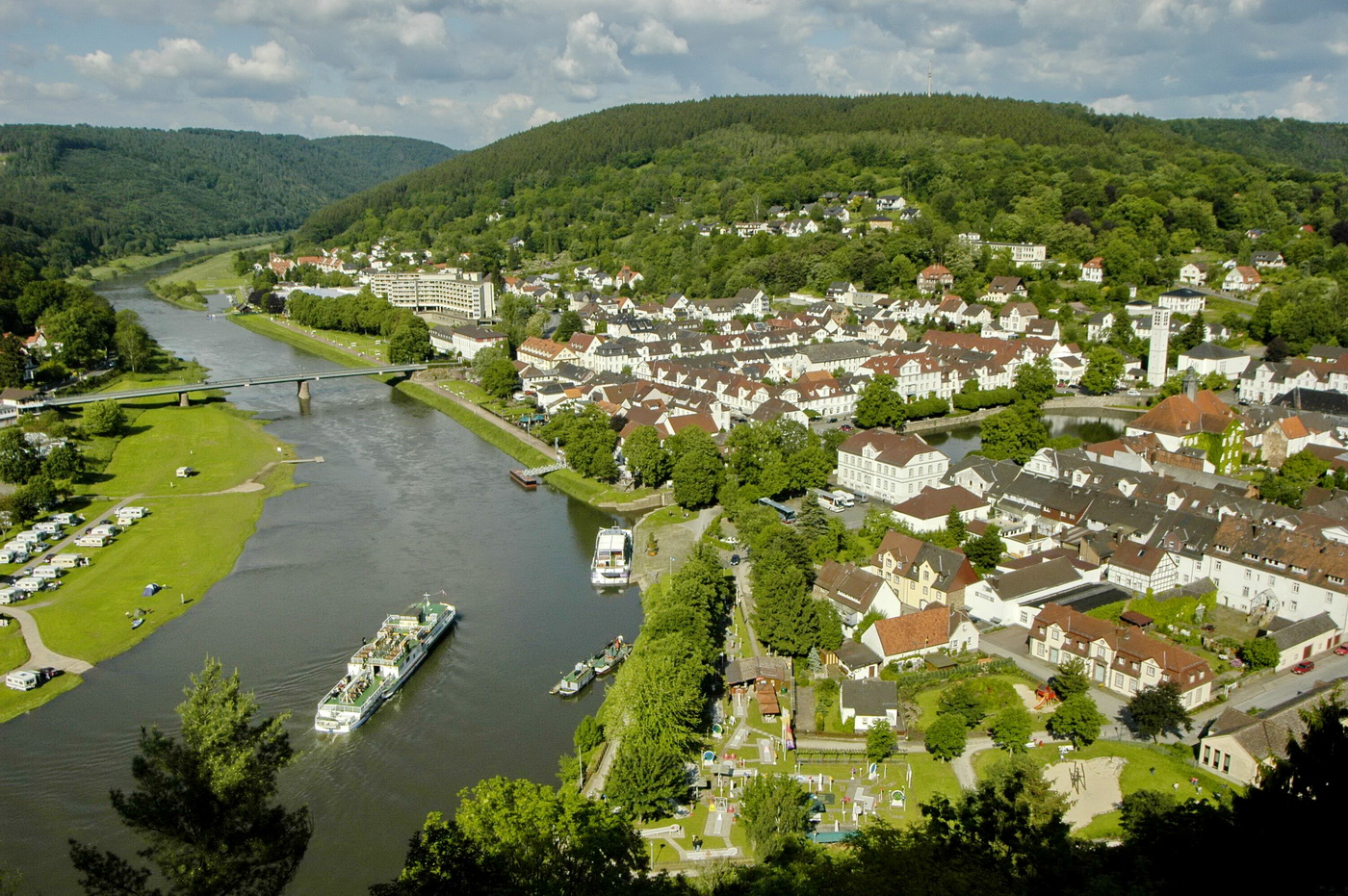 The baroque town of Bad Karlshafen was built according to a plan which conceived the town as a united whole with a rectangular street grid and a symmetrical layout.

The harbour basin is still the structural focus of the town. Branch canals create a link to the Diemel and Weser rivers. The blocks of buildings erected to the side of the harbour in the early 18th century and the rows of houses on Carlstrasse and Friedrichstrasse are all of similar design. They consist of five-axis, two-storey stone buildings directly adjoining each other. Only the doors and the small gable dormers on the central axes distinguish the individual houses. The corners of the blocks are accentuated by larger buildings embellished with quoins, special gable shapes and large gable dormers with low-pitched arches at the top. Construction of Karlshafen began in 1699 with the building of a corner house of this kind, now the “Gasthof zum Landgraf Carl” restaurant.

Positioned slightly forward at the centre of the harbour front, the former Packhaus (1718) is a striking building with an arched entrance and a ridge turret. The large Invalidenhaus, which was planned as an architectural key point of the town, is a three-storey, four-winged structure featuring the same design elements as the corner houses of the blocks. Its central section is accentuated by large columns and a low-arched gable adorned with the coat of arms of the Land. The chapel is also located here.

The German Huguenot Centre has found a home in a former tobacco factory, a striking industrial monument.