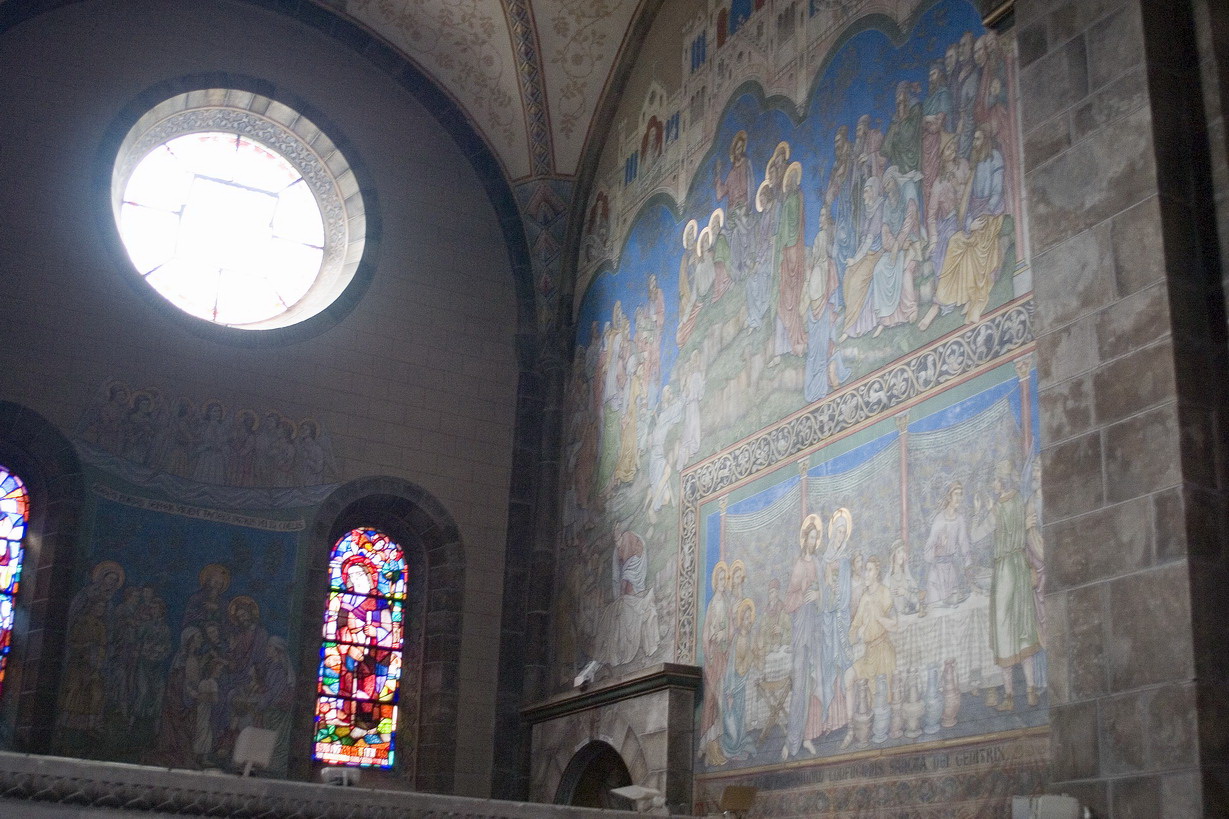 The origins of the monastery go back to the year 1104, when Ailbertus von Antoing, a teacher at Tournai abbey scribe school, erected a chapel on the site of today’s abbey. After finding springs and timber for building he settled in this spot near Kerkrade and Herzogenrath with the aim of living a contemplative, religious life and helping the poor. He founded a abbey named after St. Augustine.

The canons greatly influenced religious and cultural life in the region for many centuries and contributed to its economic and social development. They were the first to introduce coal extraction on a wide scale, to dig shafts, build paths and to construct canals and waste water systems.

The abbey was closed during the French Revolution. After many entanglements, the complex fell to the diocese of Roermond in 1839. A boarding school was founded in 1843. Today, the buildings are used by a regional school and as a conference centre. The east wing houses a beautiful library designed in rococo-style by Aachen architect Joseph Moretti.

Rolduc is the largest surviving monastery in the Netherlands. Restoration work has been carried out here since 1971 under the direction of Prof. Stassen.

The “Bosquet Rolduc” was planted around the abbey. Four terraced ponds can be found on the north side. They probably originally served as fish ponds rather than simply functioning as ornamental cascades. The former fruit and vegetable gardens were once kitchen gardens which supplied the monks with food. Today, the harmony of monastic life can still be experienced in all its authenticity in the abbey, gardens and parks.