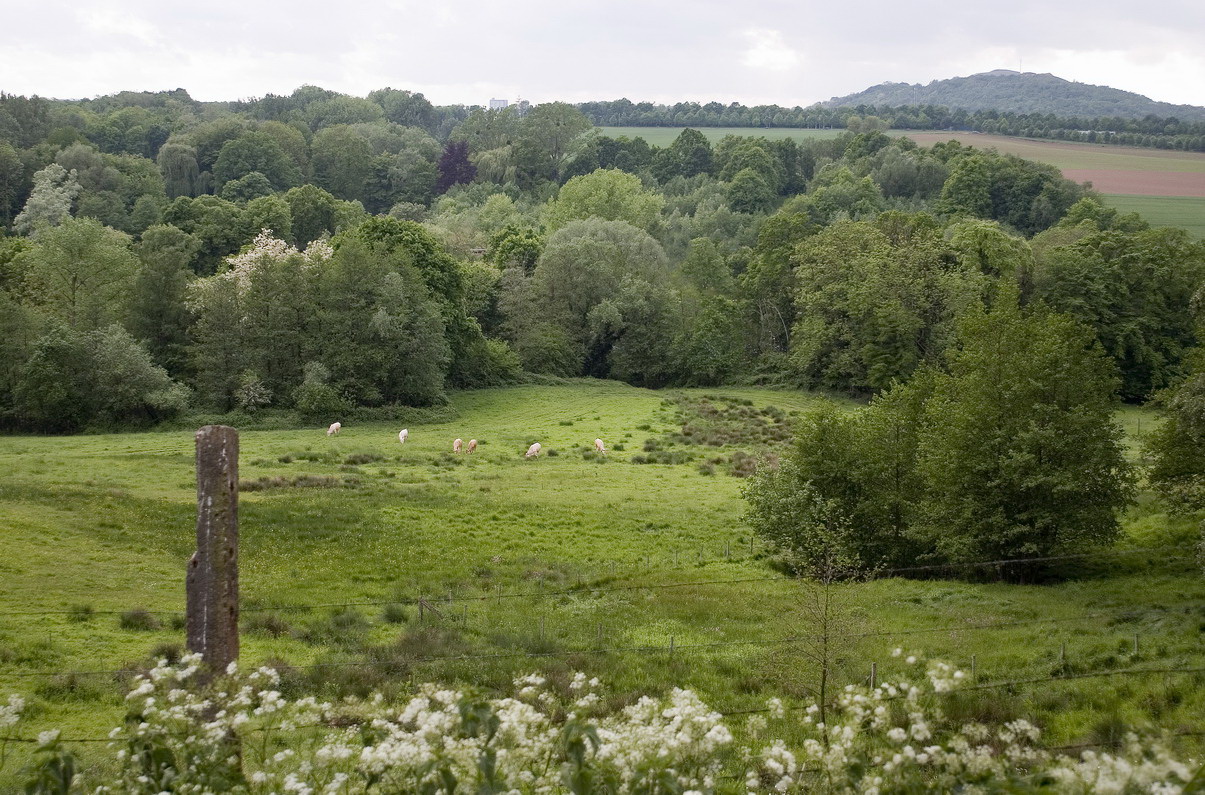 Park Gravenode is part of a 500-hectare green enclave in the heart of a former mining area south of Landgraaf and west of the railway line at Kerkrade. This area is currently undergoing further development as a ‘green lung’, a process which involves linking up various parkland elements with the remains of old landscape structures such as country estates and agricultural areas with old farms.

The Anselderbeek (Anselder stream) and the Strijthagerbeek (Strijthager stream) to the west of it determine the structure of the landscape. Strijthagen local recreation area and the Strijthagen country estate are located here. There are beautiful woods on the eastern slopes of the Anselerbeek valley, the area which has retained its original character most successfully. Further upstream on the Anselderbeek is Erenstein castle with its fishponds and newly-created castle park.

A landscape plan was developed for Park Gravenrode in 1995, the aim of which was not only to restore natural structures but also to provide connections within the landscape and to revitalise elements of special importance. This landscape plan formed the basis for further expansion of the area to link together culture, ecology and local recreation. Particular attention was paid to the transition from the town to the countryside. Despite this intended unity, both stream valleys are separated from each other and the difference in their characters has come to the fore more strongly. The cultural aspect provided by the mining history of the area has also been recognized again in the new plan.

Park Gravenrode is a good example of a contemporary method of design. The result is determined less by the language of form employed by the landscape designer than by the further development of the ecological and cultural layering of the area, resulting in the development of numerous possibilities for use and discovery.