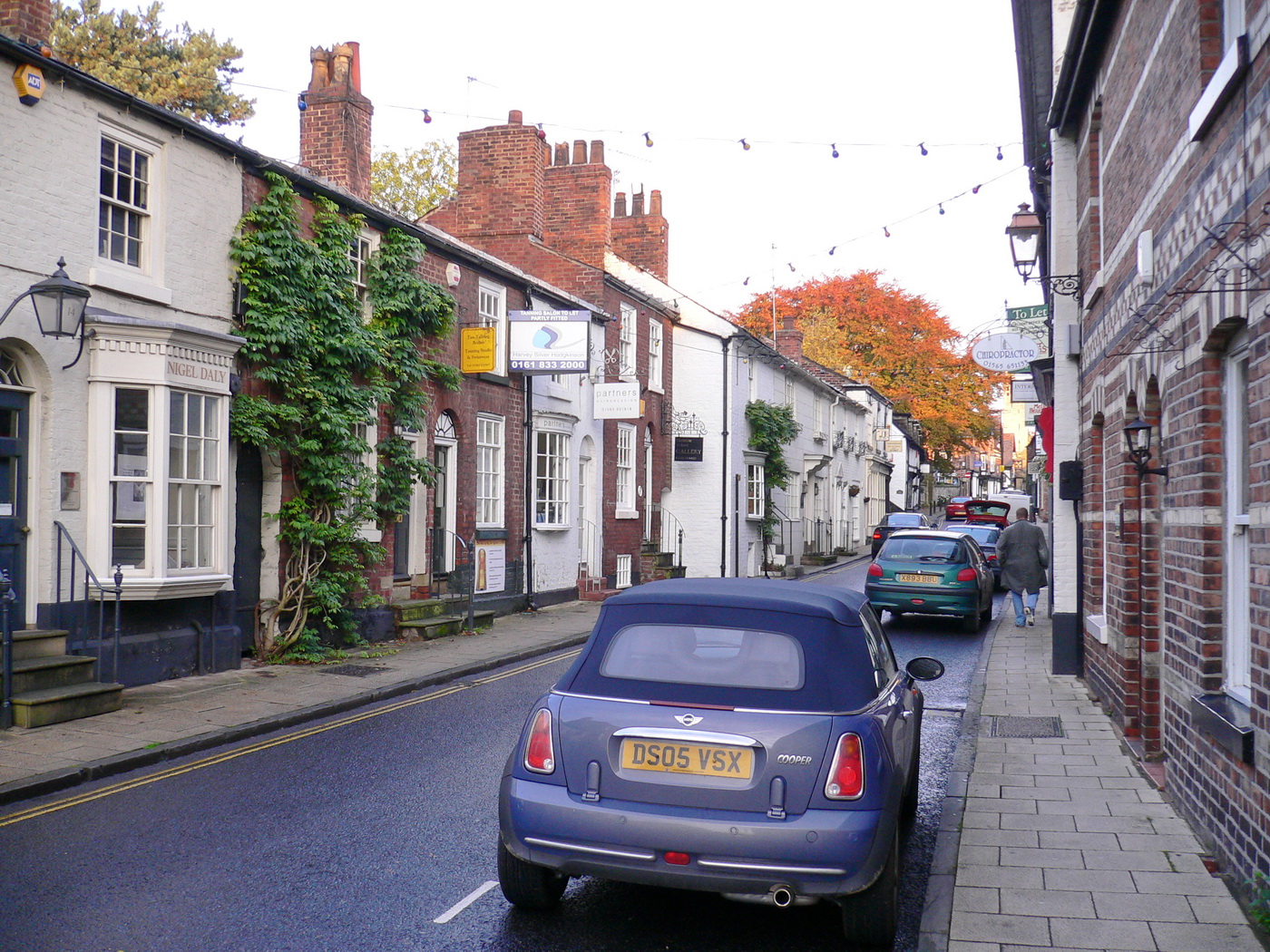 Knutsford is one of the most attractive towns in Cheshire and is very close to Tatton Park. The town has a long and interesting past. Believed to be named after the Danish King Canute, ‘Cunetesford’ appears in the Domesday Book. Today, it is one of the most visited historic towns in the area and is home to specialist shops, fine buildings and high quality restaurants.

The architecture in the town is not typical of Cheshire. This is due to the influence of a local entrepreneur in the late 18th and early 19th centuries. Richard Harding Watt’s travels in Europe and Asia inspired him on his return to Knutsford. He was responsible for a laundry with Byzantine domes and a minaret. A vaguely Ottoman style is found elsewhere and the visitor is left with the feeling that this quaint and fascinating town is a unique place.

Amongst the many pubs and bars in Knutsford the 300 year old Lord Eldon is believed to be the oldest. It is said to be haunted by a ghostly woman dressed in nineteenth century clothing. The Royal George Hotel is also believed to be haunted by the ghost of Highwayman Higgins – who was a charming and respected family man but also a villain. He was hung in 1767 for his crimes and is also said to be the inspiration for Elizabeth Gaskell’s work, The Squire’s Story.

Tabley Hall
Completed in 1767 this is the only 18th Century Palladium Country House in Cheshire. Much of the hall is open to the public and there is an extensive collection of furniture and paintings including examples by Gillow and Turner. See website: Tabley House

Arley Hall
The gardens have been voted in the top 10 in Britain and in the top 50 in Europe and include walled gardens and a kitchen garden. See website: Arley Hall and Gardens

Stockley Farm
Within the Arley Estate this working farm is a great day out, especially for children. Visitors can feed the animals as well as enjoy adventure play grounds, picnics and train rides. See website: Stockley Farm .