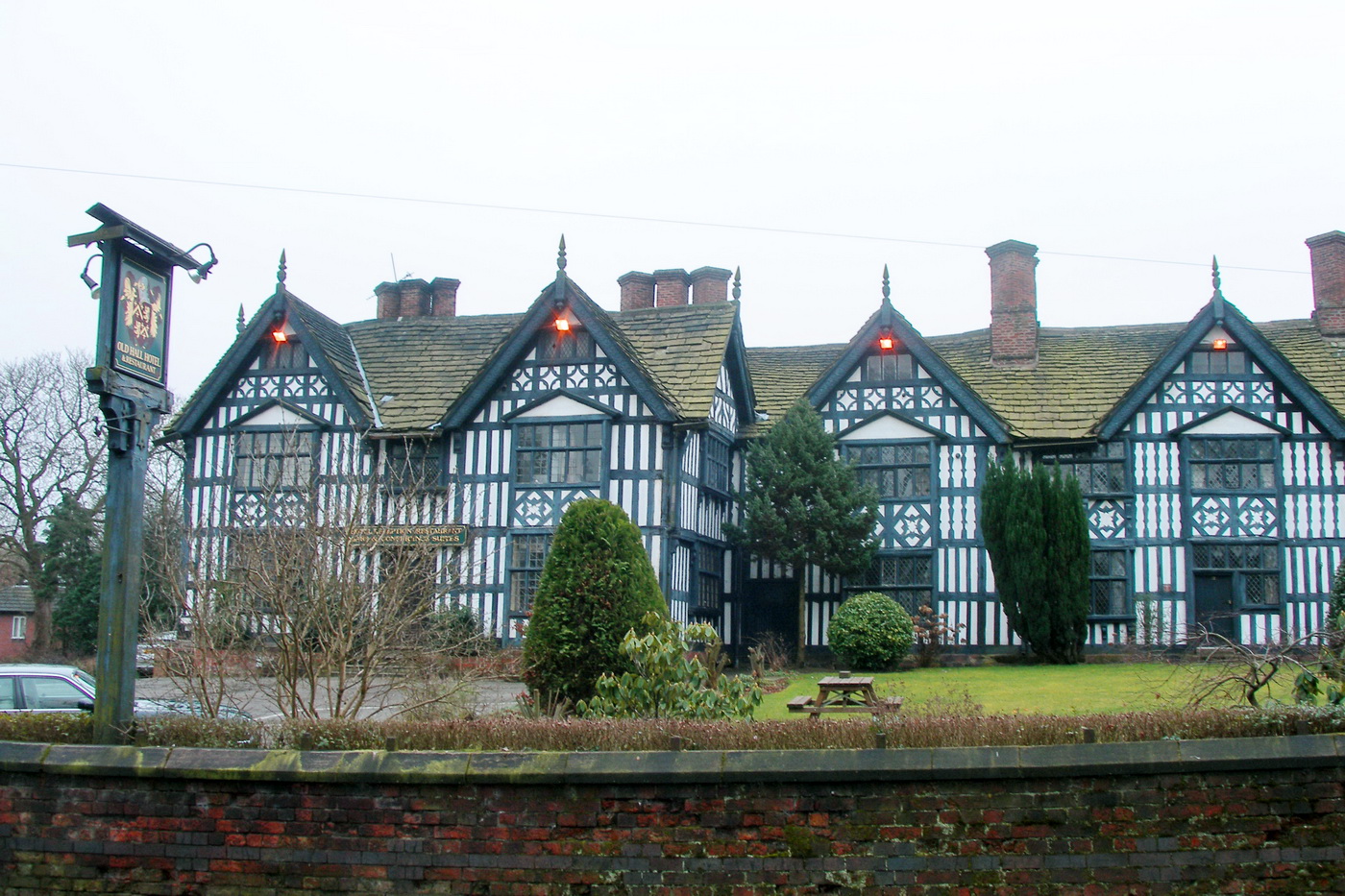 Sandbach Old Hall Hotel is a genuine Tudor building. It is one of the last examples of a black and white building in England. With its genuine Elizabethan architecture it features the wattle and dawb style. It has original Jacobean features, a priest hole and even a secret passage to the Church. Despite its age and history the hotel is well equipped with a Jacuzzi and a la carte restaurant. Situated on the High Street in the heart of Sandbach the hotel is not only convenient for the town itself but is within easy reach of the rest of Cheshire. It is the ideal base for exploring other sites within the county.

Built on the site of a previous manor which was burnt down in 1656 it was possibly built by the descendents of Sir John Radcliffe. It is said to be one of the most haunted buildings in the country. Ghosts are regularly spotted by guests and staff. Objects have been seen to move across rooms and strange presences are often felt. An old lady haunts Room 11, the hotel’s most haunted room, and people have jumped out of bed in the night when the bed felt like it was on fire. After panelling was removed from one of the rooms the skeleton of a baby was found. Since this day the ghost of the Grey Lady, believed to be the mother, has walked the hotel.

Nearby stand the Saxon Crosses, which were completed in the 9th Century . They were constructed to commemorate the introduction of Christianity to the Kingdom of Mercia during the reign of King Penda (626-655AD).

Not far away from Sandbach, to the north-east of Alsager, is Rode Hall. This beautiful eighteenth century hall and its gardens are a popular site for visitors.