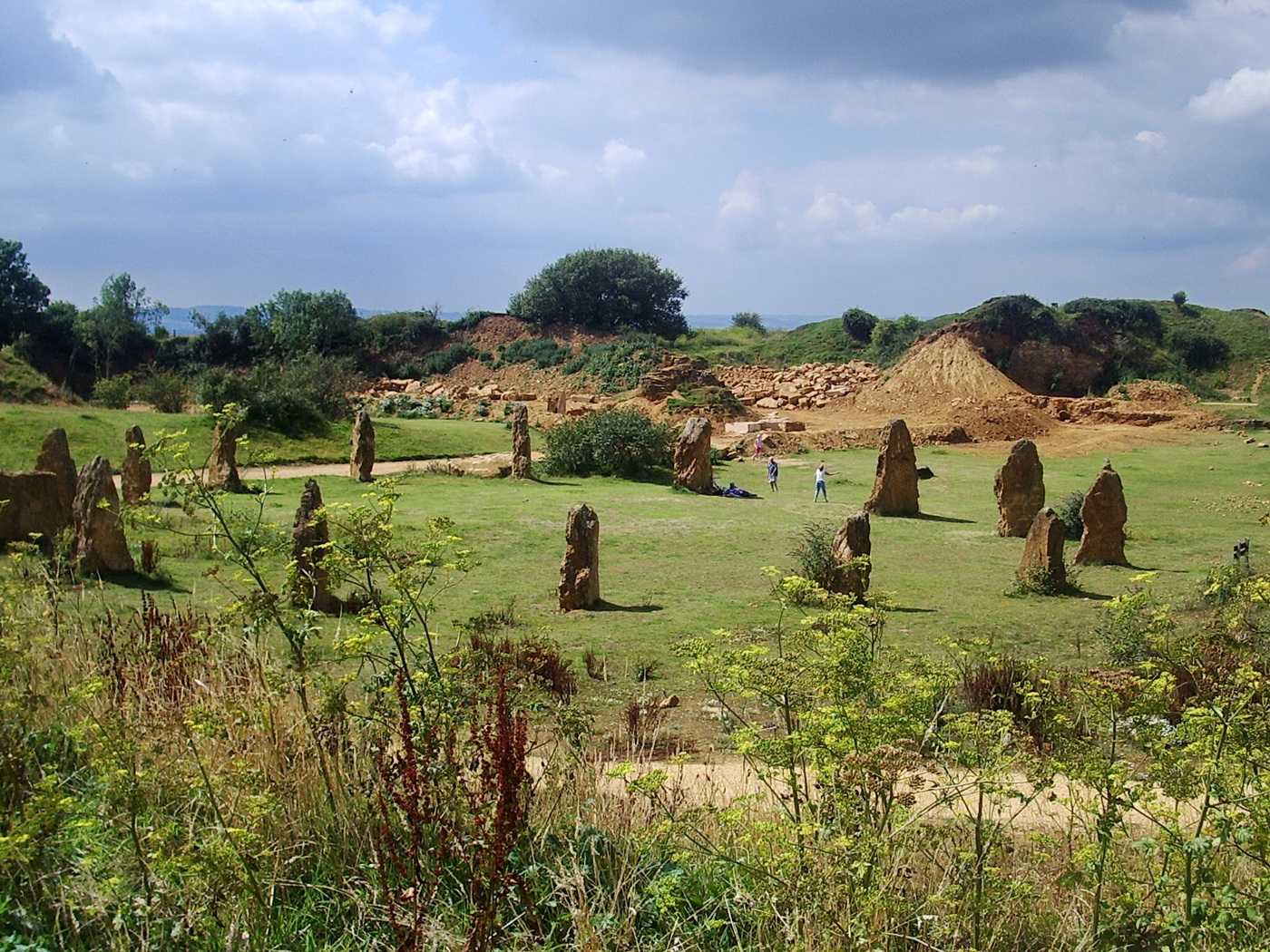 You can’t miss Ham Hill when passing through South Somerset; it rises to over 100m above sea level and there are superb views from the top. On a good day, you can see all the way from the Mendip Hills in the north east to the Dorset Downs in the south. The hill itself covers over 85 hectares including woodland and grassland and is a popular beauty spot.

One reason why Ham Hill is such fun to visit is tied up with its unusual history. It was once England’s largest Iron Age hill fort probably build in the fourth century AD and functioned as a major site in this part of Somerset. When the Romans arrived in 43 AD they quickly controlled this area and started to establish towns and farmsteads, and later major villas. Many of the substantial villas that survive in Somerset were built from honey-coloured sandstone, which has been used locally ever since. Centuries of quarrying have left the hill with a strangely bumpy surface which children love to explore. There are also three miles of man-made ramparts, ridges and terraces left from the ancient hill fort which make for a great afternoon’s rambling. The area is also home to a large range of beautiful and unusual wild flowers, among them bee orchids and autumn gentians. If you are interested to find out more about Ham Hill’s past, you can see what archaeologists have discovered about it in the museum at Taunton. South Somerset District Council manages a visitor information point and there are numerous walks and events held on the hill throughout the year.

Ham Hill is the only Iron Age hill fort with a pub at its summit and it has excellent accessibility and parking facilities. After leaving Ham Hill you might like to visit nearby Montacute with its beautiful Elizabethan Manor built from Ham’s golden stone.