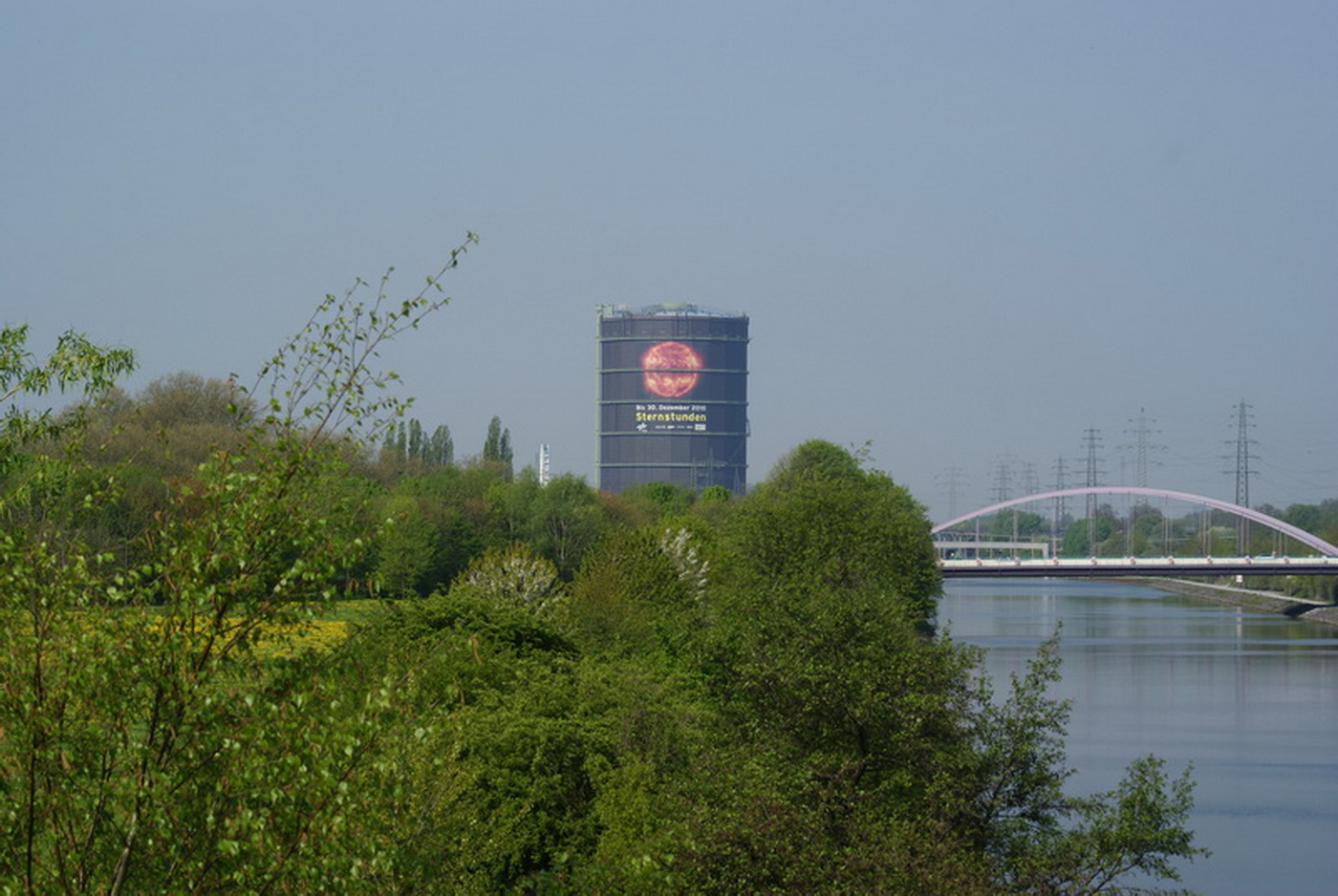 The former disk-type gas holder was built in 1928/29 for the Oberhausen ironworks in order to store gas for blast furnaces. Today, the “Gasometer Oberhausen” is known far beyond the city limits. When it was built, its height of 117 metres and diameter of 68 meters made it the largest gas holder in Europe. Its immense dimensions testify eloquently to the tremendous pace of industrialisation along the Emscher and Ruhr rivers. The gasometer was preserved as a symbol of this important industrial region and has become the most unusual exhibition hall in Europe as well as a unique venue for events.

The annually changing exhibitions in the gasometer have been a successful part of the cultural landscape of North Rhine-Westphalia since 1994. Christo & Jean-Claude’s installation “The Wall” in 1999 drew visitors from far beyond the region.

“The Ball is Round” was the title of an exhibition dedicated to the German Football Association’s 100th anniversary in 2000. As part of the Ruhr Triennale, the American artist Bill Viola presented his video installation “Five Angels for the Millennium” in 2003. The first non-stop round-the-world balloon trip, carried out by Bertrand Piccard and Brain Jones in 1999, was the theme of the exhibition “Wind der Hoffnung” (Wind of Hope) in 2004.