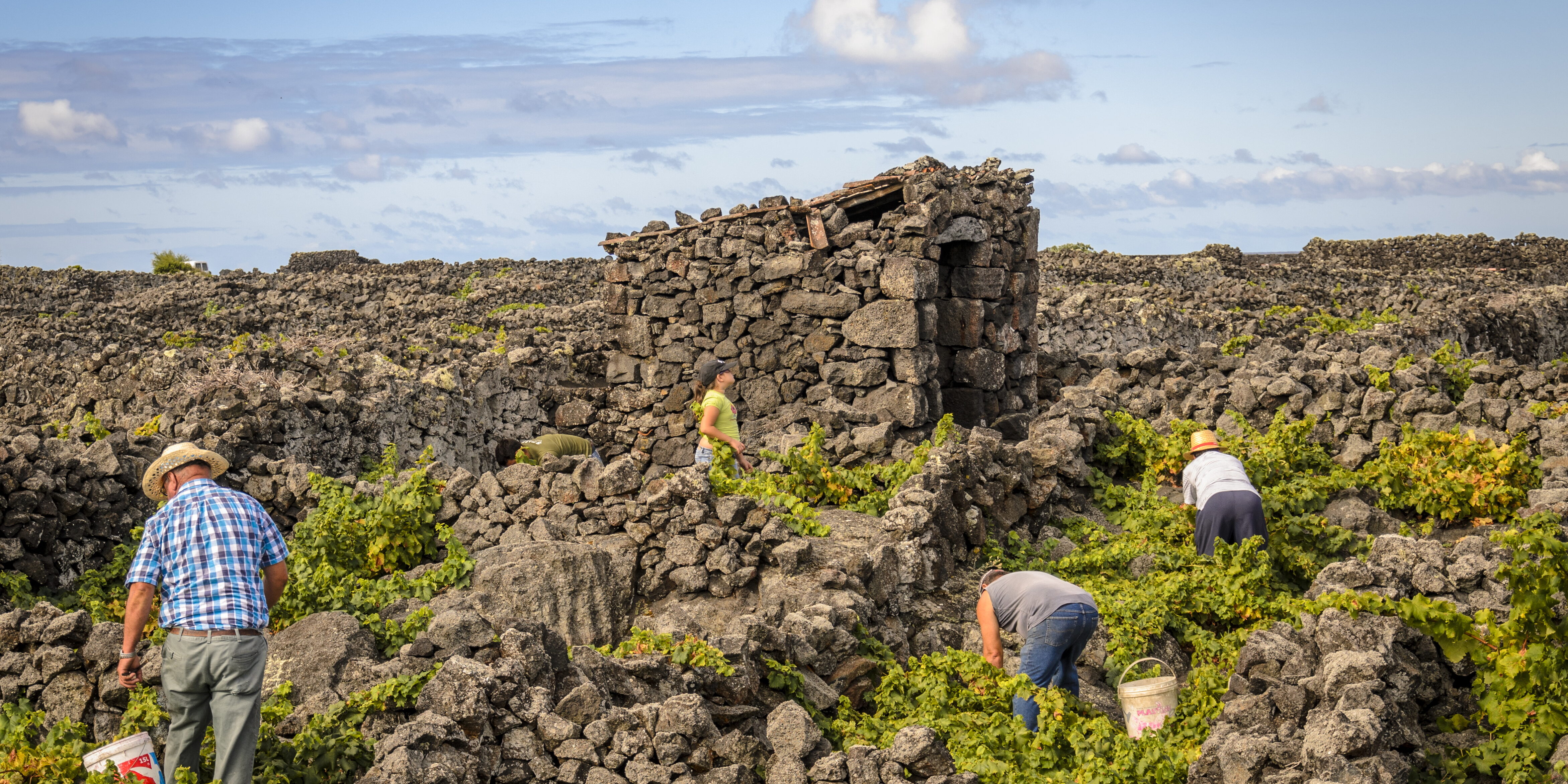 Pico Island is one of nine volcanic islands in the Azores Archipelago. Listed by UNESCO, Pico’s landscape is an outstanding example of the adaptation of farming practices to a challenging environment. The island contains spectacular evidence of grape-growing and winemaking, with an imposing pattern of orderly, long, linear walls running inland from, and parallel to, the rocky coastline. The stone walls form thousands of small, rectangular plots to protect vines from wind and salt spray. This landscape including the specific buildings (manor houses, wine cellars, warehouses, conventional houses, and churches), pathways and wells, ports and ramps, was produced by generations of farmers.

Begun in the 15th century, wine production on Pico Island reached its peak in the 19th century and then declined due to plant disease and desertification. In the last years incentives for winemaking and good landscape management were set up. These actions safeguard geodiversity, biodiversity and cultural heritage and promote an integrated architecture. By promoting the rehabilitation of vineyards and the traditional production system, the production area and the quality of the wine increases. Nature tourism and wine tourism developed through the creation of accommodations, restaurants and services.

Thus, the trend of the abandonment of a landscape was reversed into a living landscape, functioning as the driving force of the local economy.