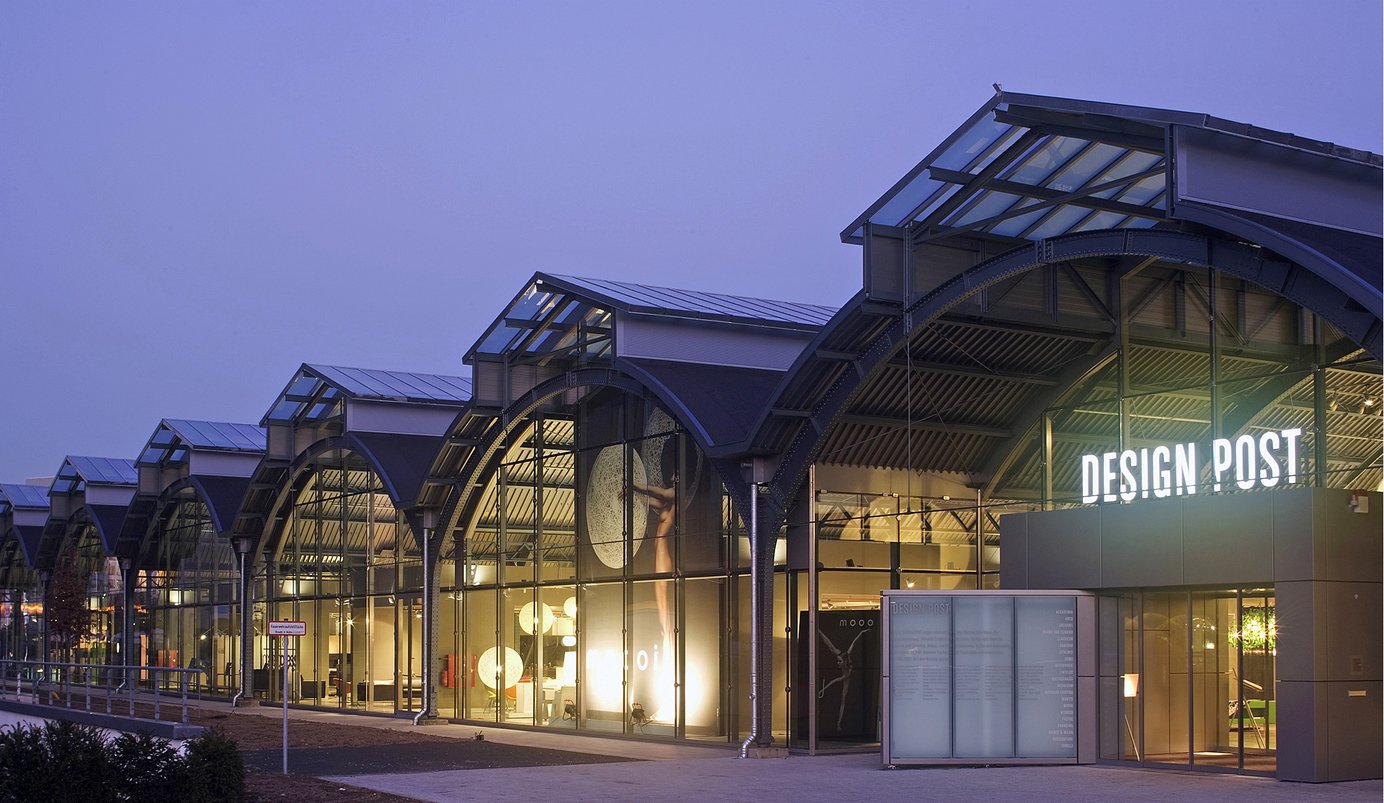 The three-hinged arcade hall of the post office in Deutz was built between 1910 and 1914. In 1988 the post-office hall that formerly had eight aisles was designated a historic building as the only part of the building. The building was a post office and train station right into the 1990s.

In 2005, this example of successful industrial architecture was carefully restored and converted by the Dutch architecture office O-III architecten. Since its reopening in 2006 the hall has been used as a permanent showroom for international furniture and design firms.

The Design Post is a good example of rededicating a building formerly used for transport services. The conversion that was also successful from a conservation point of view is a symbol for how the district in Deutz has changed over the past decades.