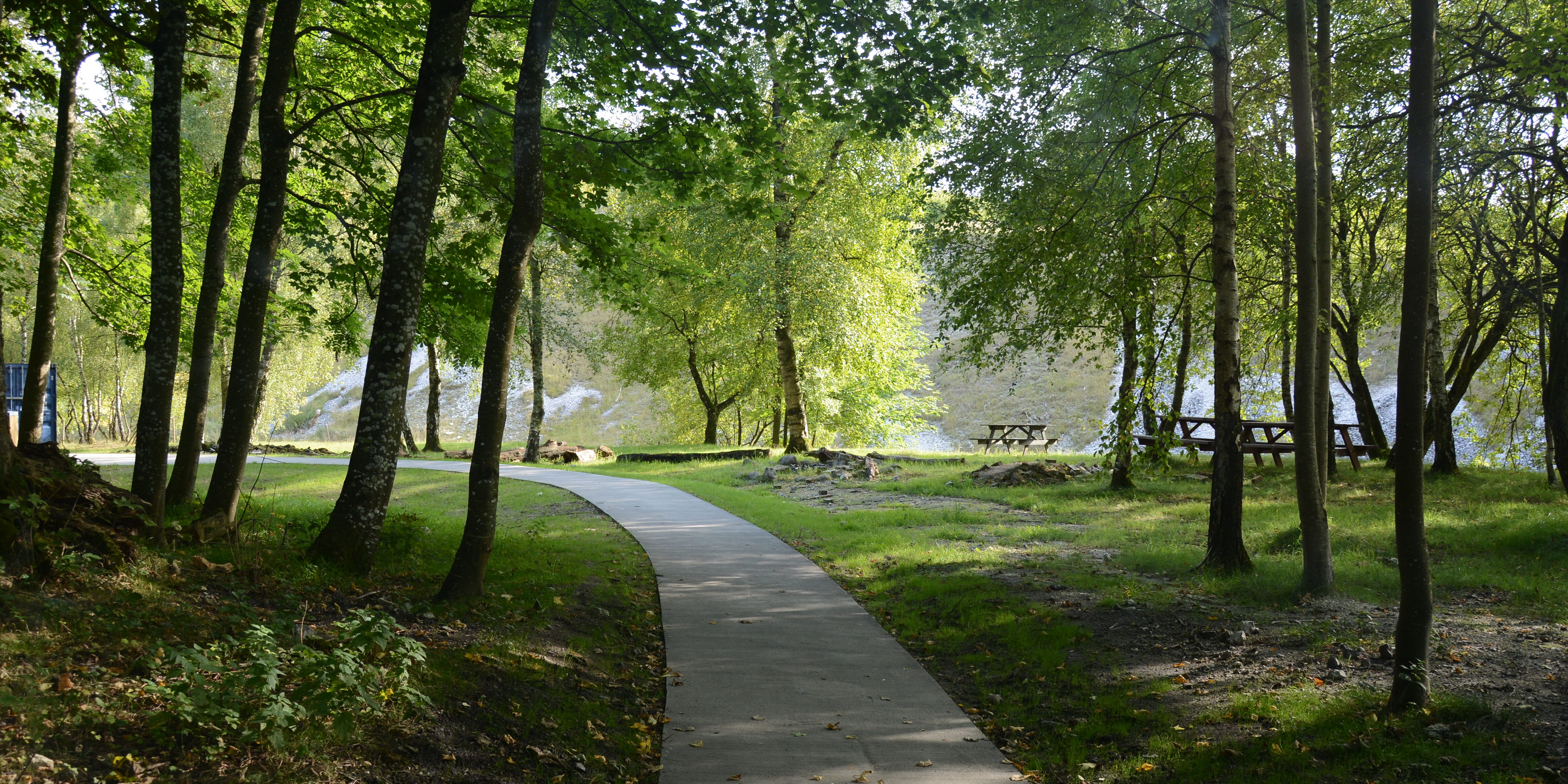 This limestone mine – the largest in the world – is an important part of the Danish cultural heritage. It has been used for lime mining between 1874 and 1980 and then for storing cheese. In 1997 the Danish Nature Agency acquired the limestone caves of Mønsted and initiated the protection and reopening of the caves. Now it is made available to everyone and the museum conveys many stories.

It is an underground landscape, but with substantial traces in the landscape too.

There are more than 60 kilometres of underground paths, some as large as cathedrals and others extremely narrow. The main path gives direct access to the oldest cave system. Further down is “Nonbos Cave” where people worked around 1840. From this cave paths lead to the deepest areas with two lakes. Across the largest lake a multi-media show tells the history of the caves by projections on the walls and waters.

In the landscape above the caves, the mining has left characteristic surfaces and vegetation. At some places sink holes have developed as the result of soil breaking through tunnel holes, or higher situated having collapsed causing material to fall down.

The limestone caves are also inhabited by more than 18,000 bats during winter, which is one of the largest population of bats in Europe.