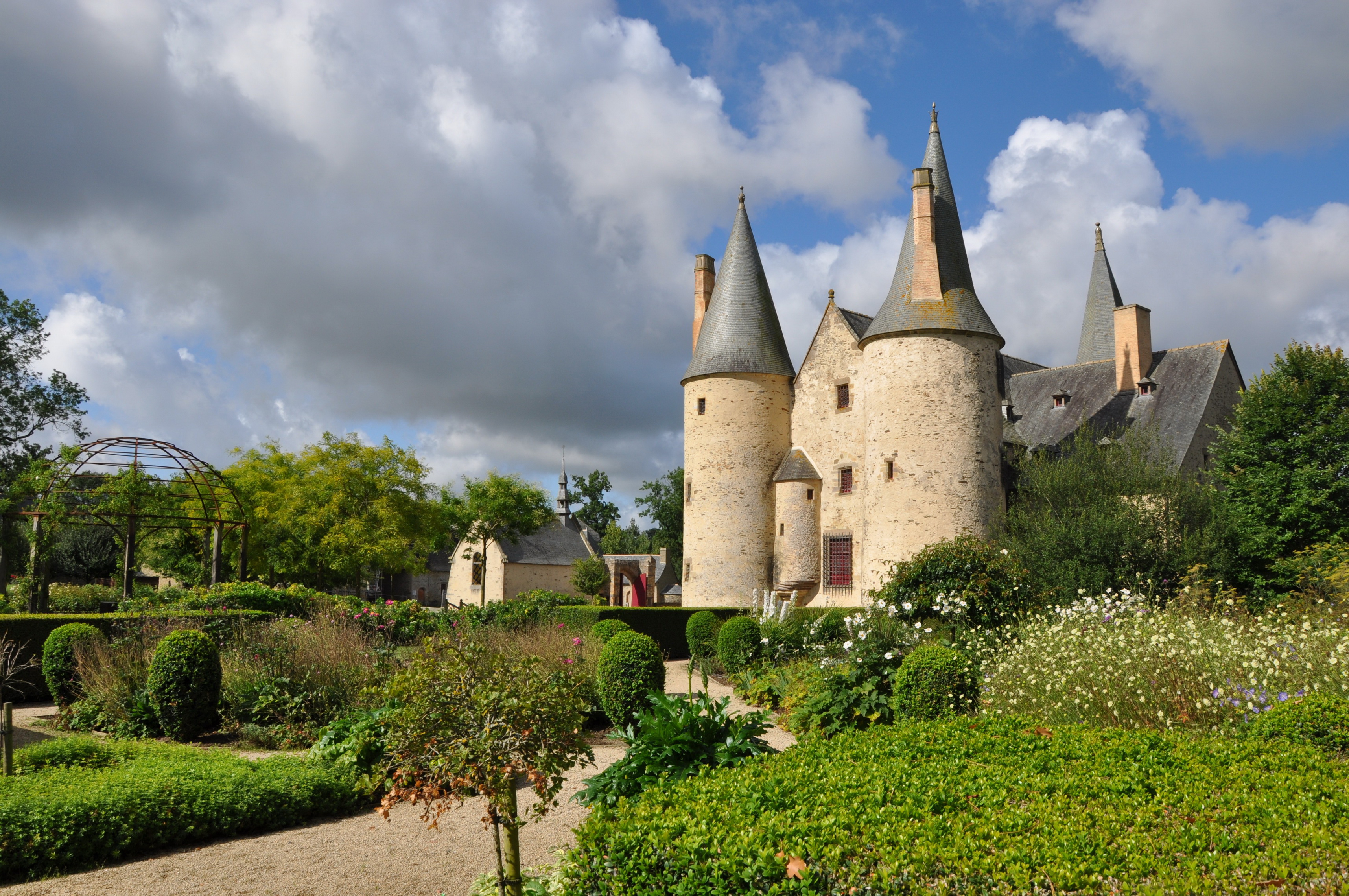 Bois Orcan, which was constructed during the 14th and 15th centuries and is listed as a Monument Historique, is an architectural jewel from this golden age of Brittany. The lower courtyard of the homogenous and intact ensemble includes a gatehouse, ancillary buildings and a dovecote while the upper courtyard, which is protected by a moat and embrasures for cannons, is home to a chapel and castle building flanked by towers. Julien THIERRY, who was treasurer to Anne de Bretagne, gave the demesne its current form, making this manor house with all its various eras of construction into one of the most important of the region.

For 23 years the offices of Alain-Charles PERROT – the leading architect for Monuments Historiques – have been in charge of the restoration and conservation of the ensemble with its characteristic features from the end of the 15th century.

Today the château houses a remarkable collection of mediaeval furniture with rare pieces which are among the oldest in Europe and which vividly evoke living conditions during the time of Charles VIII and Anne de Bretagne.

In order to recreate the landscape environment of the château at the end of the 15th century, Alain RICHERT created a mediaeval-style garden consisting of three different areas: the “fountain of life”, the “courtyard of love” and the “garden of curiosities”. Sheltered between towers and surrounding walls, the “fountain of life” revisits in equal measure the “hortus conclusus” – a place of calm and spirituality and an allegory to the Garden of Eden – and the love garden – a place of encounter and diversion, which became known through courtly novels from the 12th century onwards.

The demesne furthermore presents the main work of ÉTIENNE-MARTIN (1913-1995), one of the major artists of the 20th century. The artist intervened in this landscape in order to create his work in the form of a sculpture park.

Entitled “L’ATHANOR”, the park is known as “La Demeure des Demeures” (“The dwelling of the dwellings”).

The BOIS ORCAN garden and sculpture park is classified as a “Jardin remarquable”.