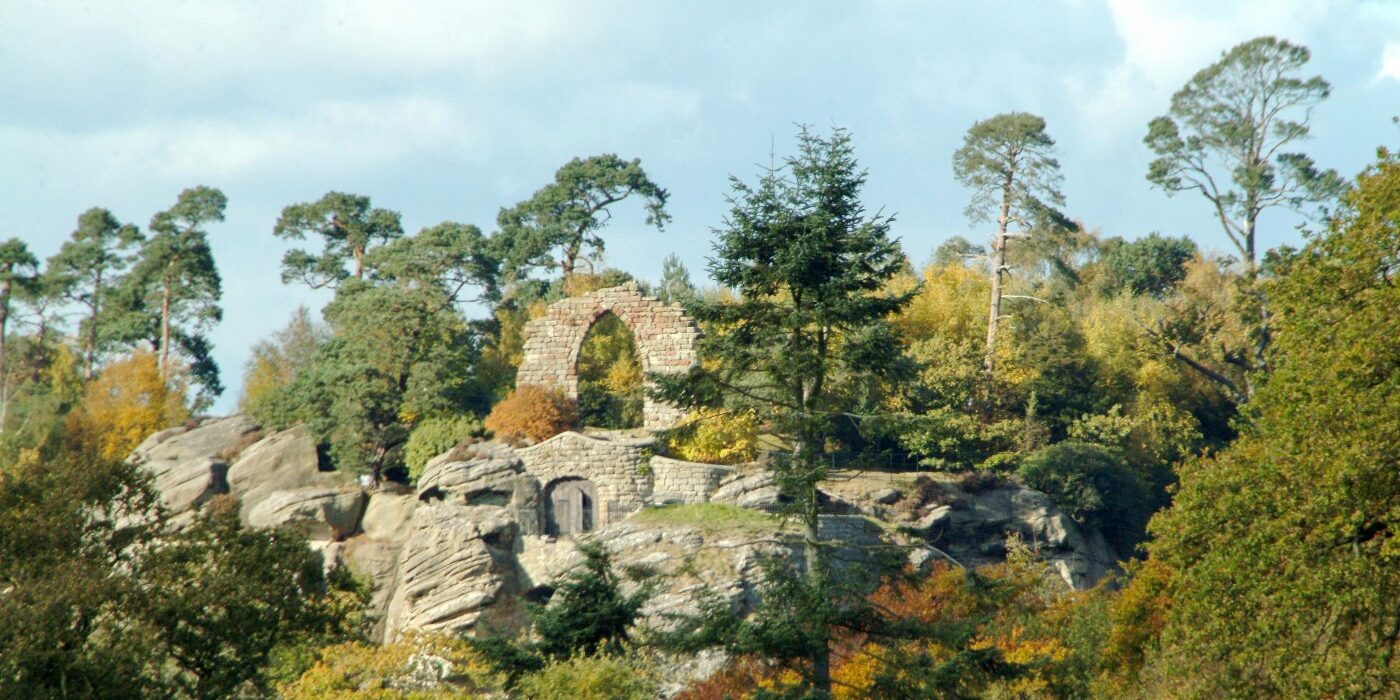 The dramatic landscape of Hawkstone Park and Follies is not at all in keeping with the surrounding landscape of rural Shropshire. This undulating and magnificent park fits very much with original ideas of the picturesque, with such a spectacular and wild landscape.

The Hill family were owners of the Hawkstone estate for many generations, since the sixteenth century, although the Park saw many changes much later in the eighteenth century with Sir Rowland Hill, 1st Baronet [1705-1783] making many significant changes, and by 1752, maps show the park within the estate. From then on, visitors were encouraged to visit throughout the eighteenth century. However, the park went into decline in the late nineteenth century, and it was not until the park was restored and reopened in 1993 by Hawkstone Park Hotel that visitors were able to appreciate it once more.

Once again, visitors have been able to experience Hawkstone’s rugged beauty, with many winding paths lead to mystical caves, grottos and vantage points with many spectacular views across the County. This rich and unusual landscape has many impressive features and landmarks, appealing greatly to visitors of all ages.

Hawkstone Park is perhaps one of the finest and most dramatic examples of ‘the picturesque’ in the region. On first sight of the rugged and rocky cliffs and caves that make up the Park’s distinct landscape, one could be forgiven for thinking one had been transported to alpine Switzerland, and certainly not being in rural Shropshire. Over its long history, the site has been subject to various architectural and landscaping alterations. The vast maze of paths can take up to three hours to navigate in their entirety.

Originally the residence of the Hawkstone family, the estate became the property of the Hill family in 1556, who retained the park through numerous generations over a period of 340 years. It was the Hill family who were responsible for some of the most notable changes to this magnificent Park. It was Sir Rowland Hill – at the time Mayor of London -, who was the first member of the family to reside on the estate. Some years later, under the guidance of The Honourable and Reverend Richard Hill, known as the “Great Hill” [1655-1727] and his younger brother John, numerous changes were initiated, with extensive rebuilding of the main house. The Park underwent many changes under Sir Rowland Hill, 1st Baronet [1705-1783], including the construction of a kitchen garden. Cartographic evidence shows that by 1752 a park enclosure was in existence within the estate.

Sir Richard Hill 2nd Baronet [1732-1809] further enlarged the estate and made a concerted effort to attract visitors to the Park. He was certainly successful in doing so, with the “Hawkstone Inn”, as it was known, becoming widely recognised and highly acclaimed in various travellers’ guides. Over proceeding generations, various additions were made to the hall and park.

The Park became particularly popular with the evolution of “the picturesque” landscaping ideal in the eighteenth century. Bankruptcy sadly forced the family to sell the property. The Hall stood empty from 1895-1906, when it was bought from the Viscount by George Whitely MP. It changed hands several more times and was even used to house prisoners of war in the Second World War.

Hall and Park were taken over by the new proprietors of Hawkstone Park Hotel in 1990. The Park thus saw a change in fortune, undergoing an intensive and ongoing restoration project. After many years of closure, the Park finally reopened in 1993, still conjuring essences of the sublime and the romantic ideals which influenced its initial construction.

Despite having won the accolade “Garden of the Year” in 1997 by the Good Guide to Britain, Hawkstone is not a garden in the most conventional sense. It is perhaps this factor that increases the Park’s appeal to visitors, eager to explore its unique rustic landscape.

The newly restored routes through this magnificent scenery take walkers round various different landmarks. The Greenhouse entrance provides an impressive entrance to the Park, although many landmarks remain hidden from view, these gems only found by the inquisitive explorer. Hidden treasures such as The White Tower, The Swiss Bridge, and the interestingly named “Awful Precipice” are dotted throughout the park.

The Grotto is perhaps one of the most captivating and enchanting aspects of the Park. This series of caves and caverns take on an almost mythical appearance, and are home to “Santa’s Grotto” at Christmas [see website for details].

With such a variety of things to do and see, the park appeals to visitors of all age groups, many of whom enjoy the unique and beautiful scenery of the park. 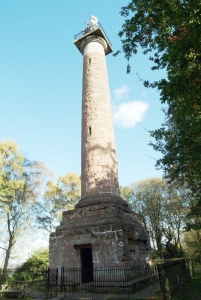 Facilities:
Hotel, restaurant and tea room. Toilets both at the visitor centre and Grotto Hill

Accessibility:
The Park is not seen to be suitable for wheelchair users or pushchairs. Free admission is given to wheelchair users, but access is limited to the tea room and grand valley. Pushchairs may be left at the visitor centre. NB torches are required for the tunnels and caves.

How to get there:
Situated between Shrewsbury and Whitchurch off the A49 and within easy reach of the A442, M54 and M6.

Events: various events all year round. See website for details.

Links to own or relevant homepages: www.hawkstone.co.uk