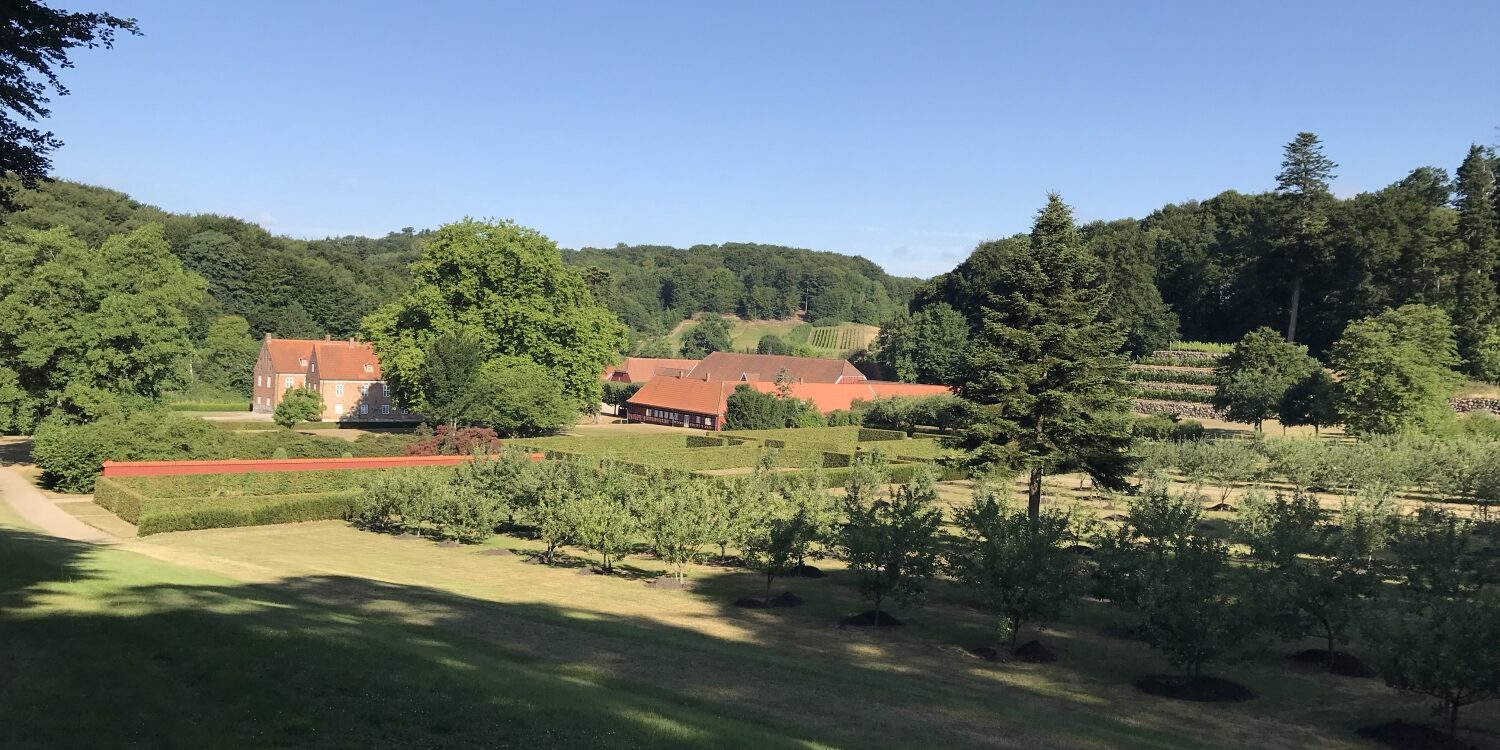 The garden of Tirsbæk is particularly special as its history leads back to the Renaissance, which is only the case for quite a few manor houses in Denmark.

The main building is separated from the garden by a moat. There were only few remain of the original garden, and there was insufficient evidence for a proper reconstruction. Instead, the focus was on adding garden elements in a contemporary language that can refer to and create images of the Renaissance garden.

In the ornamental garden straight paths subdivide the area. Four smaller gardens are built symmetrically around the main axis and frame a new fountain. Two of the rooms make up a private garden and a kitchen garden. In the orchard 300 apple trees are distributed on both sides of the hedge-crowned main axis.

The wall around the garden has been restored where it was collapsed. Terraces adding additional levels to the garden have been emphasized and made accessible, offering perfect views.

Tirsbæk has been given a new identity enveloped in the spirit of the original garden.