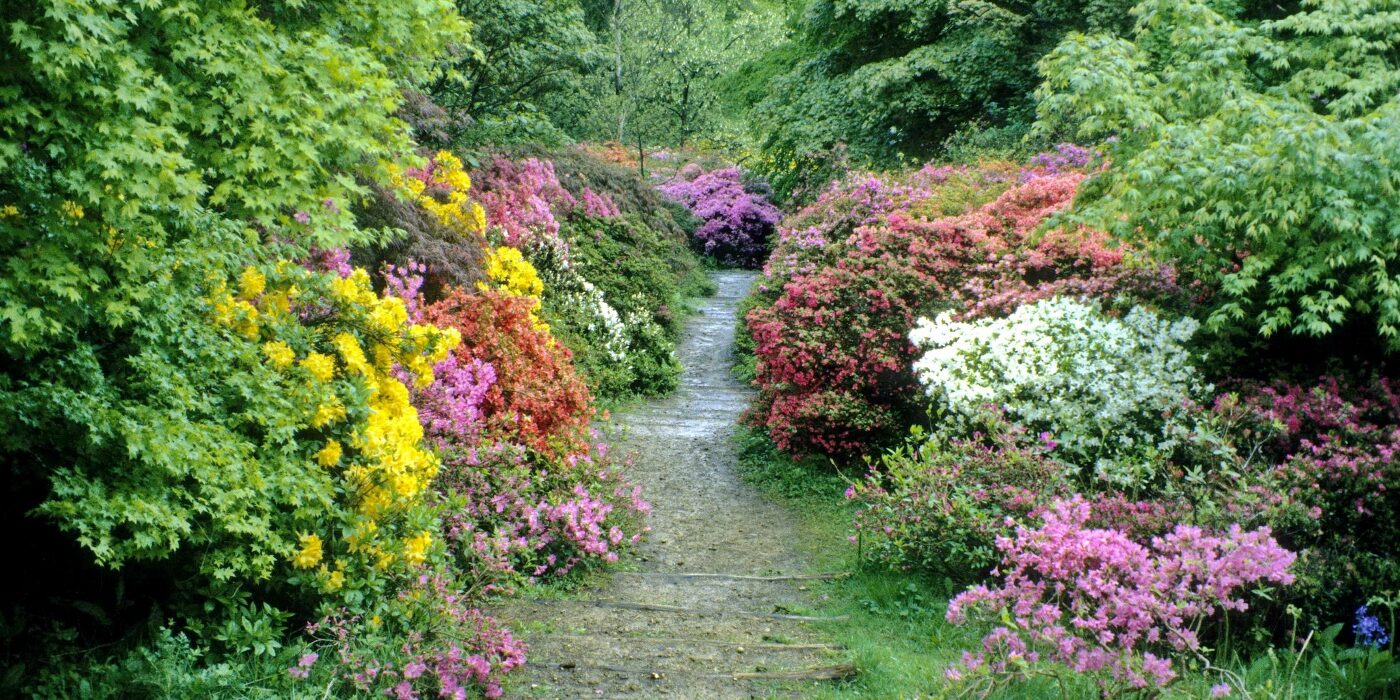 Winkworth Arboretum is situated to the south of Godalming in the southwest corner of Surrey. Originally developed as a plant collection by Dr. Wilfred Fox who gave the 25ha site to the National Trust in 1952, the property has since been enlarged to its present 45ha.

The arboretum lies on rolling hillside and a valley leading down to a lake and a new wetland area, which is being developed following dam restoration.

It is planted with over 1,000 different trees and shrubs, many of which are rare, which give impressive displays in spring with magnolias, azaleas and bluebells matched by the dramatic reds, golds and browns of maples, cherries etc during autumn. In the summer the site is an ideal place for family visits and a picnic.

Because of the topography of the site there is limited wheelchair access, but the shop and tea shop serves light refreshments and teas.

Until 1937 the land now occupied by Winkworth Arboretum was a relatively neglected corner of a Surrey estate. The steep slopes on the west side of the valley were considered unfit for cultivation and left as natural woodland, together with a few patches of forestry plantation and sweet chestnut coppice.

On the other side of the valley, beyond two fishing lakes, the gentler, rolling hills of the North Downs formed the skyline to the north and east, making it difficult to imagine that central London lay only 30 miles away.

The land was within the Thorncombe Estate, owned by the Fisher-Rowe family until 1937. Dr Wilfred Fox, who lived at neighbouring Winkworth Farm, seized the opportunity to acquire a parcel of the landscape he had come to love. In Dr Fox’s own words

‘ what originally attracted me to acquire the land and plant it, was the remarkable beauty of the valley, a valley quite unspoiled, of pastoral and wooded character patterned with hedgerows and abounding with wild flowers’.

At that time the land was covered with hazel, brambles and bracken. The first clearings were made by grubbing out the unwanted vegetation in the winter of 1937-38 and the first plantings being made in that winter also. Dr Fox’s plan was to create really bold groups of tree species in scale with the site and the land available.

Wilfred Fox was born in 1875. Outside his professional life, as a specialist in dermatology and working at two London hospitals, trees were his great interest. It was a passion that was well-established long before he started to create his own arboretum. In 1928 Dr Fox helped to found the Roads Beautifying Association, an organisation set up to improve the public environment by promoting ornamental street planting.

In 1948 he was awarded the Victoria Medal of Honour, the Royal Horticultural Society’s highest award, for his work in this field and over the years the arboretum has received many prizes from the RHS for its trees and shrubs. Although Dr Fox started off as an amateur gardener and botanist, he quickly acquired a reputation as an authority in his subject. His greatest enthusiasm was reserved for Sorbus, the group of plants which includes the mountain ash and whitebeam.

The first main plantings were of the larger maple species, Acer platanoides Norway Maple and its many cultivars and the great central drift of nearly 100 Japanese Maples – Acer palmatum and Acer japonicum – including the brilliant autumn tinted Acer palmatum ‘Heptalobum Osakazuki’. During the winter of 1938-39 massed groups of Knap Hill azaleas were planted, to flower in May with the natural carpet of bluebells, providing flamboyant colour combinations of gold, flame and yellow in a sea of blue.

The fine groups of Liquidambar styraciflua, Sweet Gums, and Quercus coccinea, the Scarlet Oaks, give tremendous autumn effects, and for spring and autumn there are bold groups of the elegant Japanese Hill Cherry, Prunus serrulata var. spontanea. (now Prunus jamasakura). In siting these groups a deliberate attempt was made to avoid clear-cut hard lines by drifting them over the rather parallel lines of the paths that crossed the slope. Little planting was done during the Second World War but it was followed by ten years of more bold and widespread planting.

Dr Fox’s personal passion never became an exclusively private indulgence – he always wanted others to enjoy the arboretum and allowed public access from the outset. Few of Dr Fox’s papers survive, but it seems that he acquired most of his plants from the nursery trade and through hi wide circle of contacts in the gardening and botanical world. Among the most eminent of his friends was W.J.Bean, Curator at the Royal Botanic Gardens, Kew. It was his influence that encouraged Dr Fox to broaden the scope of his collection and rely less exclusively on plants for autumn colour.

In 1952 Dr Fox gave 25.3ha, including the Upper Lake to the National Trust; a further 14.2ha with the Lower Lake were acquired by the Trust five years later. Not surprisingly, Dr Fox’s influence on the arboretum did not end there: he chaired the Management Committee that was set up to oversee the care and continuing development of the site until his death in 1962. 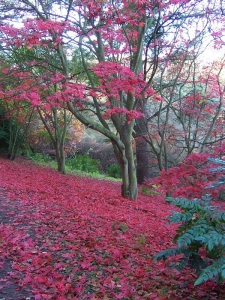 Events, exhibitions:
Programme of events, inc. ‘Plant of the month’, and other seasonal events