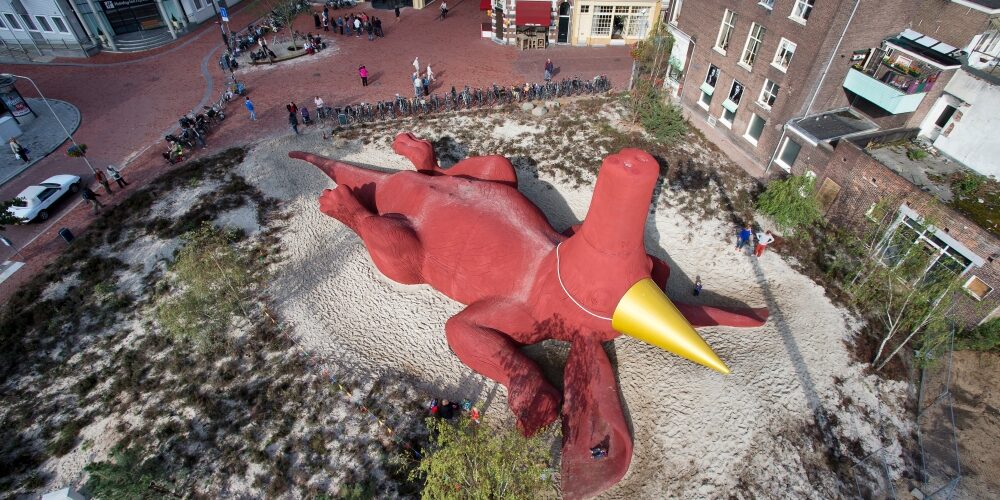 In March 2012, after the developments of the BK40 complex and the demolition of the Bartok Hall some years before, this square in Arnhem was a thorn in the eyes of entrepreneurs and local residents. The Departement Tijdelijke Ordening (DTO), however, together with BUROHARRO designed the Bartokpark, a mini piece of Veluwe – the famous heath just outside Arnhem. This pop-up park was realized within 3 months.

At the end of 2012, artist Florentijn Hofman, searching a place for a monument donated by Burgers Zoo, fell in love with the place of sloping heathland. After a first reticent response from client and municipality, everyone became enthusiastic. Indeed, the park was even enlarged, and since July 2013 the party aardvark can now nestle in the landscape.

House owners and organisation around the square now recognize the potential of the park and turn their former back doors into inviting front doors. Thus, with the arrival of the Bartokpark the latently present qualities of the area were awakened and the whole now exceeds the sum of the parts.