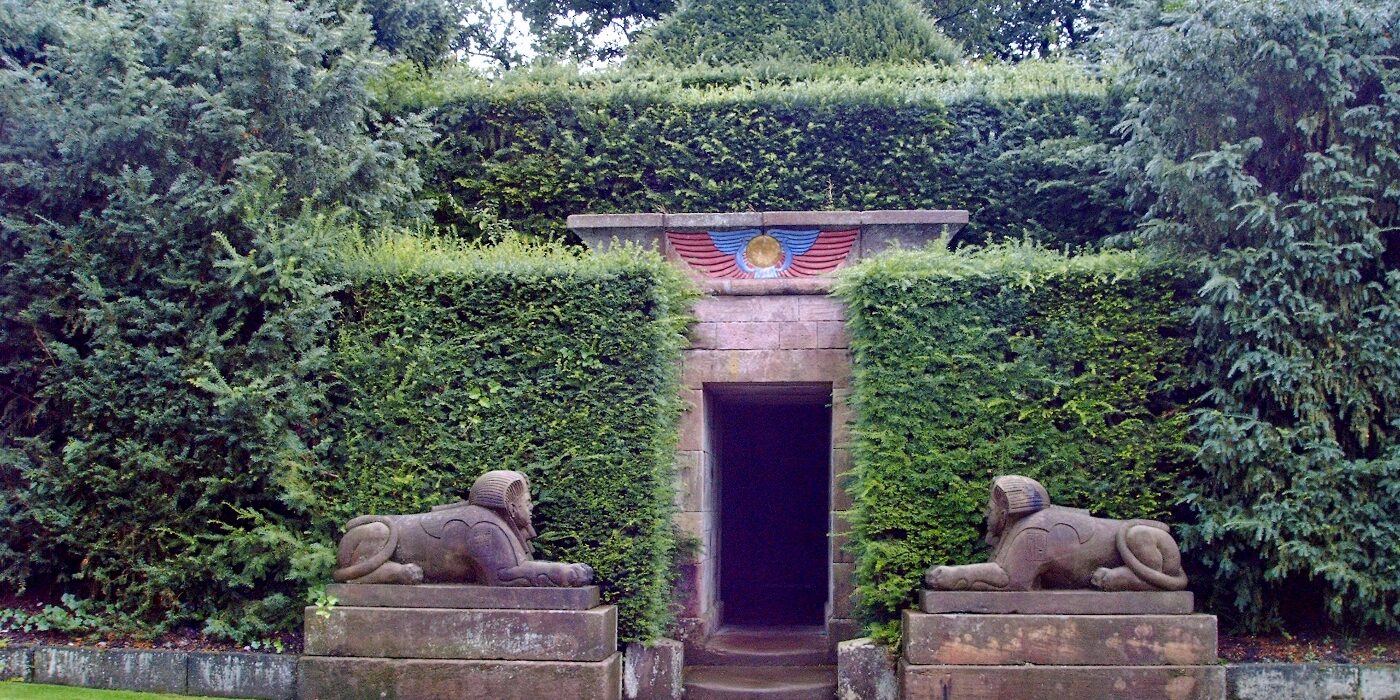 Set just into Staffordshire, this beautiful garden of Victorian design is a must-see. Largely the result of working partnership between James Bateman, resident at Biddulph, and designer Edward Cooke, this spectacular array of gardens provides an almost surreal experience for the visitor. Within just a few steps, one can walk from China to Egypt, from a wild Scottish Glen to a formal Italian garden.

Restored since 1988 by the National Trust, this garden triggers all of the senses, with dividing walls and hedges providing the element of surprise, by ensuring many of the garden’s features cannot be seen from a distance. There is something to see in all seasons, and the nature of adventure and intrigue means that Biddulph appeals to all, no matter what age.

The spectacular landscaping of the garden at Biddulph is one of the most stunning examples of Victorian gardening of its kind. It reflects the pioneering Victorian approach to the picturesque and to the ‘gardenesque’ style. Here, visitors can enjoy a remarkably varied and beautiful landscape, ranging from imitations of China to recreated Scottish Glens.

The Bateman family, and in particular James Bateman [1811-97] were largely responsible for the construction of the gardens at Biddulph. From a very young age, James was a passionate gardener, initially establishing an impressive collection of orchids at nearby Knypersley Hall, before moving to Biddulph. In 1838, Bateman married Maria Egerton-Warberton who came from a family of great gardening tradition. Once in residence at Biddulph Grange, they enlisted the help of Edward Cooke [1811-80], a keen painter and garden designer who helped landscape the gardens.

The garden area is laid out to the south-east of the house with the formal gardens near to the South Front. These are thought to have been the first planted and provide an almost surreal experience, with the visitor moving between continents in a matter of metres. Each garden section is separated from the next by walls and hedges, and connected by meandering paths or underground passageways. From early spring to late autumn, Biddulph boasts spectacular plants and flowers of many different colours, shapes and sizes, ensuring that there is much to see at any time of year.

One of the most innovative and unusual features of Biddulph is the ‘Egypt’ area of the garden. Egyptian artefacts and reconstructions became increasingly fashionable after the French invasion of Egypt in 1798. The remarkable design of the garden includes two pairs of stone sphinxes that guard a hidden court and obelisks. Underneath a yew topiary Egyptian temple, a stone doorway leads along a dark passage to the sinister Ape of Thoth, Egyptian God of Botany. The ape is thought to have been designed by Waterhouse Hawkins, creator of life-size dinosaur sculptures at Crystal Palace.

Edward Cooke helped design ‘The Glen’ through his own detailed sketches of Scottish rock formations. With both Bateman and Cooke sharing an enthusiasm for ferns, over 22 species were planted here. The area is also planted with numerous species of rhododendrons such as Sikkim and Bhutan.

Perhaps Biddulph’s most notable feature is ‘China’. Concealed by high banks, trees and walls, this peaceful and picturesque garden evokes feelings of actually being in the Orient. Entered by huge stone gateways, the garden has many different structures that are typically Chinese, such as an ornate wooden bridge, a mini Great Wall of China, and a temple. These structures provide a fantastic setting for the planting of exotic plants that were introduced to England from the Far East, such as Pseudolarix amabilis, Spiraea japonica fortunei, Pipanthus nepalensis and Paulownia imperialis, which are planted in rockeries alongside Japanese Maples [Acer palmatum], Cryptomaria japonica, hostas and Tree Paeonies.

Other features of the garden include The Western Terrace, The Italian Garden, The Lime Avenue and The Dahlia Walk.

With spiralling costs of maintaining the garden, and his wife’s failing health, James and Maria left Biddulph in the late 1860s. The house was sold to Robert Heath, a leading industrialist, who maintained and expanded the Bateman’s garden. Having made various alterations and improvements to the house, his son saw it destroyed by fire in1896, although it was subsequently rebuilt. In 1923 the house became a hospital and remained so for many years, although it suffered greatly from vandalism and understaffing in the 1960s. The appeal to save Biddulph in 1986 was immensely successful and in 1988 the National Trust took over renovations, which have been in process ever since.

Little Moreton Hall: Operated by the National Trust this is one of Britain’s finest timber-framed manor houses. Over 500 years old the Hall contains an important collection of paintings, and there is also a knot garden.

Biddulph Grange Country Park: this 30 hectare site used to be part of the Biddulph Grange estate. Like the gardens themselves, it adopts a similar Victorian-style approach to landscaping. In March 2000, a 100 year old hydroelectric scheme was reinstated on the site, providing electricity to power the visitor centre.

Mow Cop: a village and Folly, in the form of a ruined castle, on the edge of the Peak District straddling the border of two counties, Staffordshire and Cheshire. There are many spectacular views over the surrounding countryside from the summit. 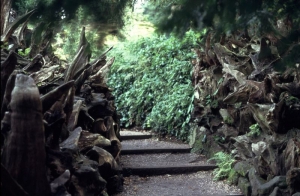