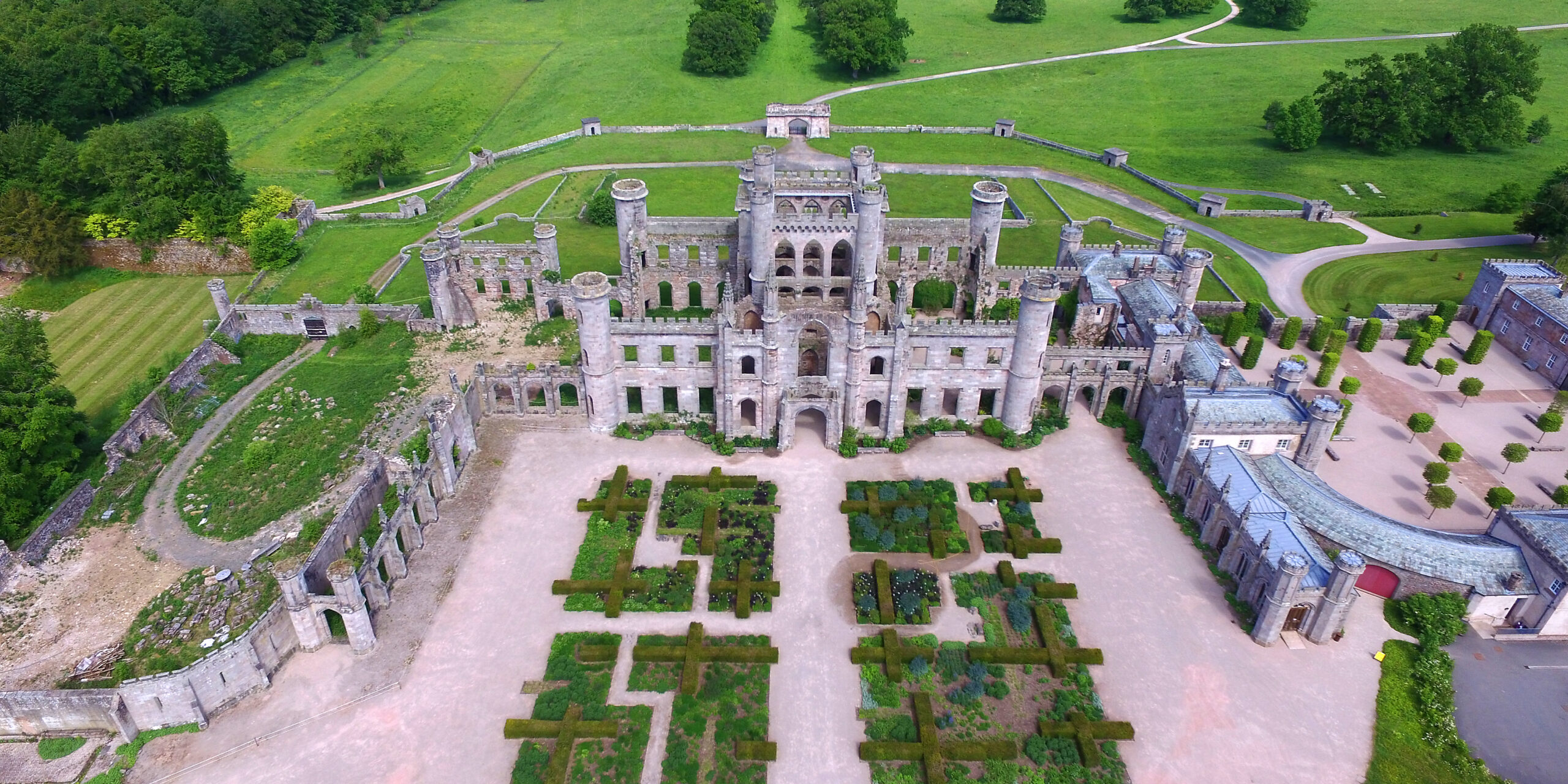 2nd Prize: “Management or Development of a Historic Park or Garden”

In 1957, James Lowther watched roof and stonework of his family home being removed for sale at auction to cover the taxes. The gardens were turned over to growing timber and to cultivate pigs and chickens.

Restoration was initiated in 1992, when English Heritage placed the site on the Heritage at Risk Register. James Lonsdale’s son Jim then assembled a group of like-minded opinion-formers to restore the gardens.

In 2012, the gardens opened to the public. Since then, Lowther Castle & Gardens has continued to reveal its history to visitors while adding a wealth of new layers. Dominic Cole masterminded the recreation of the South Lawns, echoing but not aping their previous form. Dan Pearson planted the eastern half of the ruin turning it into a living sculpture that will look like its predecessor, Lowther Hall. He also designed the parterre in a planting pattern that has a threadbare tapestry in mind.

The courtyard – an empty space without the horses, carriages and grooms – is planted with 32 pillared hornbeams to echo the castle’s turrets and crenelations and to bring in spaces that feel intimate and yet still grand. In 2020, a new Rose Garden was unveiled – formed in the shape of a wild rose.