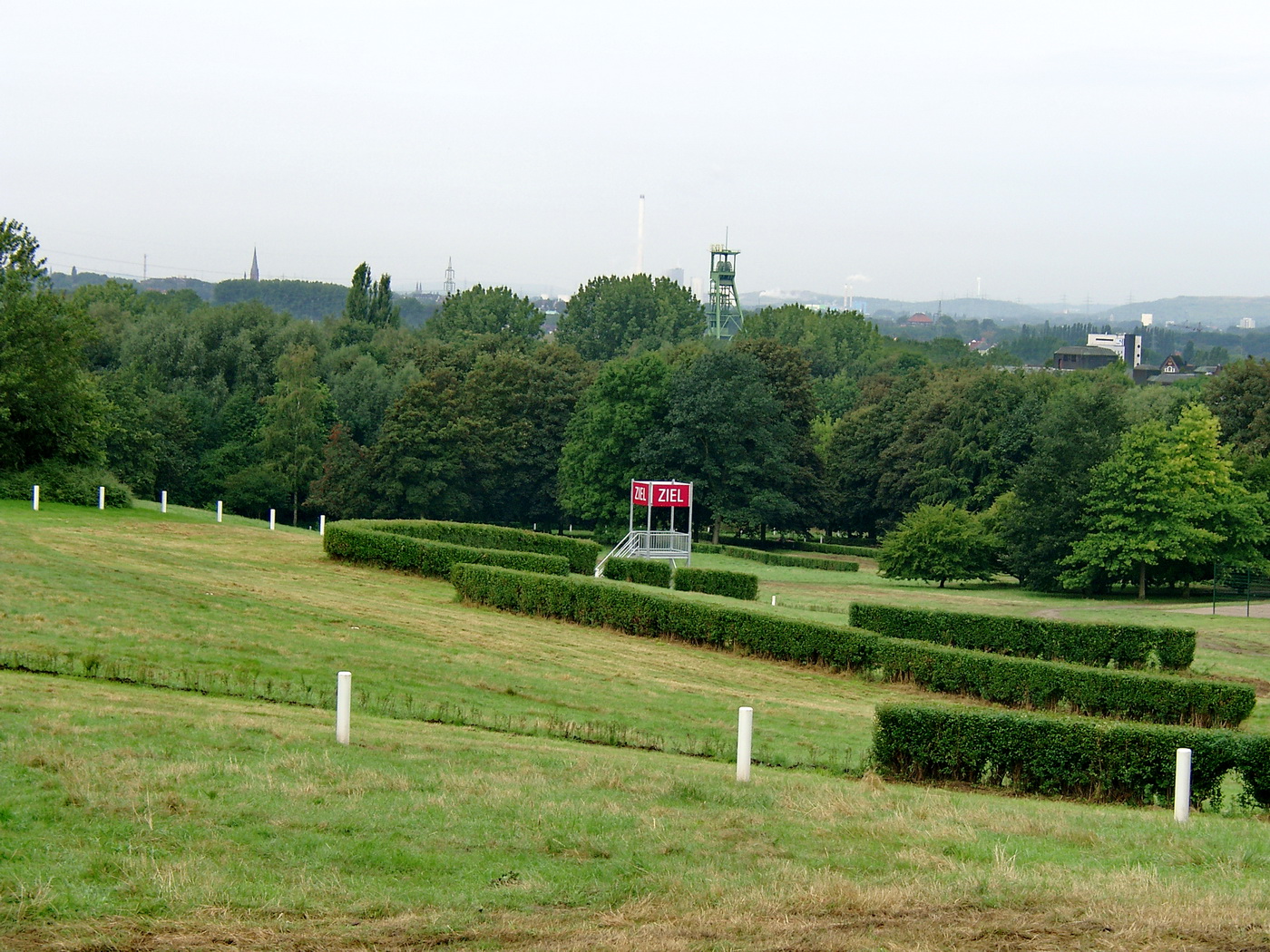 A horse racing course with natural obstacles was created towards the end of the 19th century near Haus Goldschmieding, a former moated castle dating from the 13th century. This racecourse was a unique phenomenon in the Ruhr area.

In 1872, the Irish entrepreneur William Thomas Mulvany acquired Haus Goldschmieding as a summer residence. Mulvany’s business activities included the founding of the Erin colliery. On his initiative, the “flat races” which had taken place up to that point were changed into steeplechase races in 1875 as sporting events for the gentlemen of the agricultural association of Castrop.

Using English racecourses as a model, English jockey and trainer James Toole designed a course with natural obstacles in the hilly meadow countryside around Haus Goldschmieding. Haus Goldschmiedingwas the focal point of the course until racing stopped there in 1913, shortly before the beginning of the First World War.

In 1938, horse racing resumed. A second course was created, designed by Count von Schmettow and Maibaum of Berlin, a retired magistrate’s advisor. There was a total of 17 obstacles, some of which were originally natural obstacles such as ditches and banks, and others which were specially created, such as walls, water ditches and high privet hedges. A striking feature of the course at that time was the low privet hedges which ran around the racetrack and which have survived to the present day.
During the Second World War, racing again came to a halt, but was restarted in 1950. The last race was held in 1970 following which racing stopped completely. Today, it is still possible to stroll and have barbecues in the charming hilly grounds as well as to discover new views and vistas there.

Haus Goldschmieding as a stop of Route of Industrial Heritage